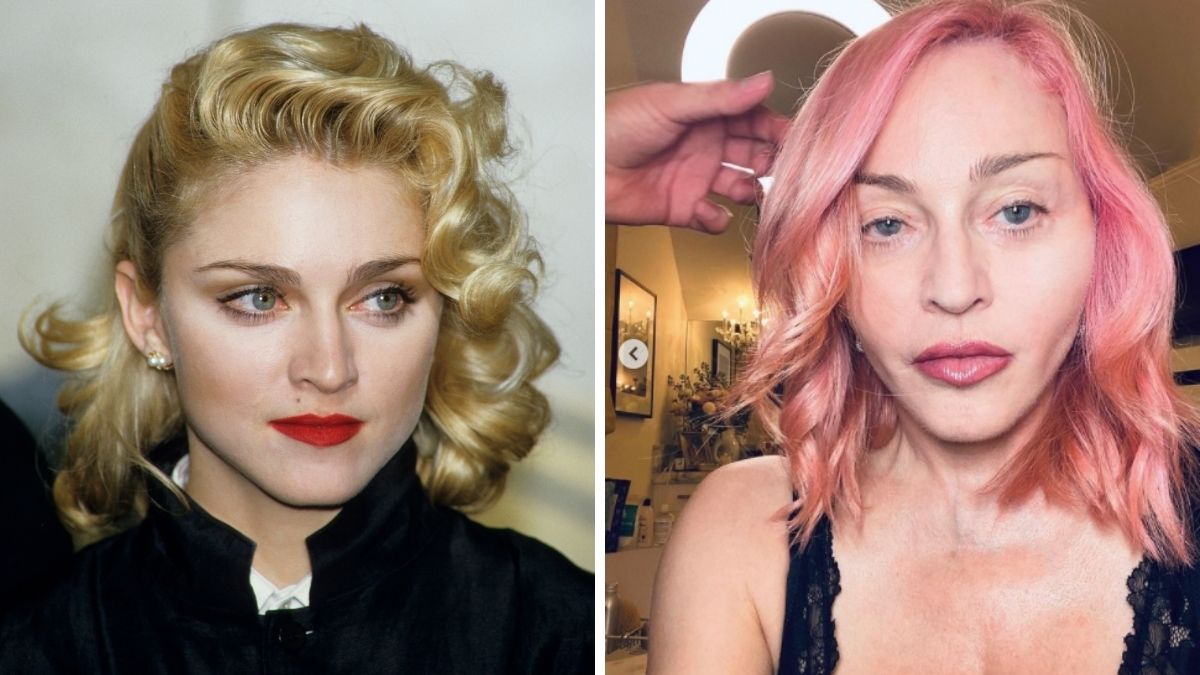 Madonna is the queen of pop and reinvention. Though she is mostly known for her controversies, we can’t deny the impact she’s made on the world in more ways than one. It’s been said that the height of her success will probably throw her in the books with Michael Jackson and Elvis Presley, but what Madonna endured to get there has been anything but glamourous.

In the 80s and the 90s, she was the center of the harshest criticism a female entertainer could receive. Madonna refers to that time period as sexist and misogynistic. As a 63-year-old performer, Madonna is currently fighting against ageism. Critics have said she should give up on fame because she tries too hard. They don’t think Madonna acts her age because she dates younger men.

In 2015, BBC Radio 1 refused to play Madonna’s new single “Medellin.” The head of the station, George Ergatoudis stated that they had simply moved on from her music. Madonna responded to the radio ban by saying it was “discriminatory” and “unfair.” British television personality Piers Morgan has also been vocal on his distaste towards Madonna’s relevance in mainstream pop culture. He has said she was pathetic, embarrassing, and has even claimed that she doesn’t know how to age gracefully. According to the Atlantic, former die-hard Madonna fans no longer see her as the icon she once was either.

In that same year, Madonna became the center of ageist bullying after spontaneously kissing Drake at the Coachella music festival and having a wardrobe malfunction at the BRIT awards. Both of these incidents sparked various social media posts mocking Madonna’s age. Some have claimed that she must have “sucked the youthfulness” out of Drake and also believed her age was the reason why she fell down the stairs during her wardrobe mishap.

Madonna gave a powerful speech after winning Woman of the Year at the 2016 Billboard Women in Music awards. She reflected on the hardships she has faced throughout her career, the abuse she had dealt with in the past, and how aging had worsened the bullying. Madonna called out her critics and spoke in second person. She stated that people look down on an aging person.

Do not age… because to age is a sin. You will be criticized, you will be vilified, and you will definitely not be played on the radio

In several interviews, Madonna has continued to combat ageism by implying how neither sexiness nor living a fun and exciting life should have an age limit.

“It’s about staying curious, staying alive, and working on making ourselves feel good whether it’s through exercise, skin care, etc. There are no rules,” said Madonna.

In Madonna’s 2016 Woman of the Year speech, she also touched upon the sexist hurdles she’s overcome. Madonna mentions in her speech how much she’s had to endure misogyny, sexism, and abuse for most of her career. In the middle of her speech, Madonna called out the double standards in which Hollywood treats men and women. She recalled a time when she released a new album and received countless backlash for how provocative it was—even though Prince sported similar fashion choices during that time and caused less of a media frenzy.

“I made my erotica album, and my sex book was released. I remember being the headline of every newspaper and magazine… I was called a whore and a witch… I said wait a minute, isn’t Prince running around with fishnets, and high heels, and lipstick with his butt hanging out? Yes, he was. But he was a man,” said Madonna.

Madonna is changing how we view older women

Although Madonna’s antics will never subside to society’s preferences, I believe her shock appeal was an example of a body-positive woman, her controversies were only a blueprint of a woman comfortable in the uncomfortable, and her fighting spirit was always the ultimate source of aid and inspiration for the future of feminism.

“I’m going to make it easier for all the girls behind me when they turn 60. I hope they appreciate it,” said Madonna.

Madonna shows us the ugliness of aging in a society that fears it. She teaches us a lesson on how to redefine criticism and the value of strong and independent women. Most importantly, she teaches us that we shouldn’t fear of becoming older. She shows us that we need to explore it with enthusiasm, strength, and optimism.