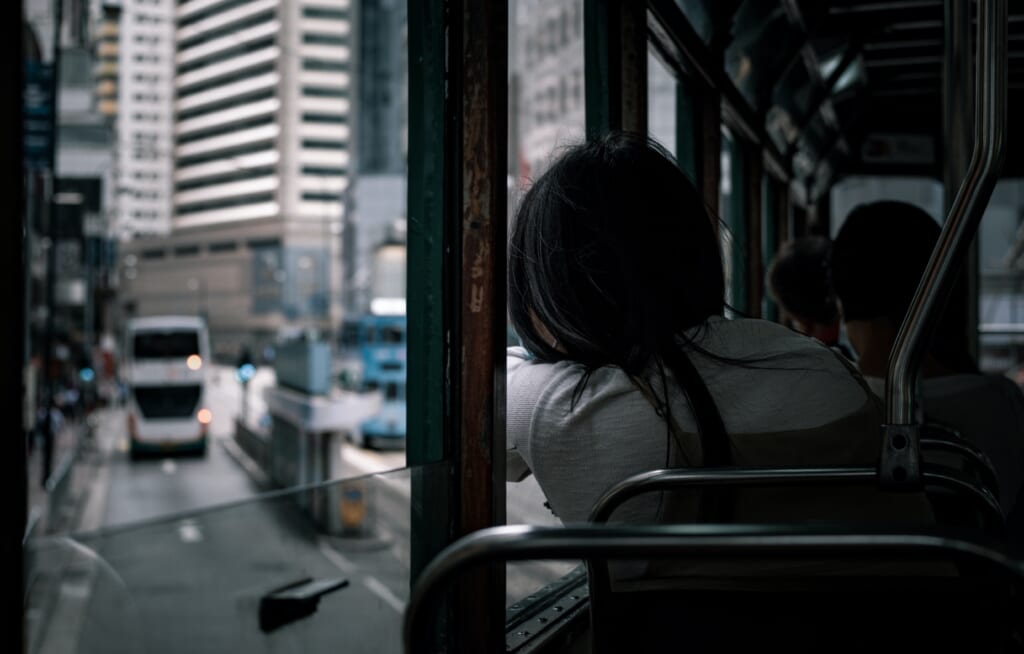 A popular cinematic trope shows a scene unfold in a shocking or unexpected way, depicting someone “acting out of character,” saying something they’d never usually say, or acting in a way that shakes the fourth wall. As the scene unfolds, the viewer is in disbelief at the audacity. And then, the shot snaps back to before that moment, revealing what was shown was the character’s fantasy, not what happened.

Even in my recent viewing memory, I’ve seen this trope in The Boys, Superstore, and Better Call Saul. It’s understandable; film is an extension of mind, an expression of the interaction between reality and fantasy, conjured from the depth of the artist’s soul and unconscious. Such scenes are common because they’re representative of the human tendency to daydream.

Daydreaming can signify a lack of focus, or escape from life’s difficulties. But not all daydreaming is bad or harmful. Some psychologists even encourage daydreaming, due to its potential to be a rich source of creativity and ingenuity. Studies have even found strong correlations between daydreaming and intelligence. The question is, when does daydreaming become a problem? And how do you integrate the dreamworld?

When Daydreaming Is Skillful

Daydreaming is the process of being immersed in mental images in a way that disconnects from the present. The inner life that surfaces during waking hours takes diverts attention from your environment. Daydreams might involve happy thoughts about a lover, ruminating over a recent conflict, or experiencing spontaneous fantasies that catch you off guard. Not all daydreams are equal, and people tend to use different language to describe similar processes.

There’s a scale of immersion with daydreams. Being completely “spaced out” is a form of dissociation, it has a detrimental impact, and often has roots in trauma. Whereas the research that links daydreaming to intelligence found that people with higher intelligence require less brainpower for simple tasks, meaning they can perform to a high level, whilst engaging with inner processes. You could think of this as an experienced driver who is able to multitask because driving is instinctive, whereas a learner driver will struggle to hold a conversation whilst focusing on the road.

RELATED: Intrusive Thoughts: Why They Happen and How to Stop Them

Many philosophers, for example, praise the wisdom and clarity of thinking that comes from walking. As Friedrich Nietzsche said, “All truly great thoughts are conceived by walking.” It’s not that Nietzsche was spacing out during his walks, but instead,  performed an easy activity that allowed his mind, along with his body, to wander. I’ve experienced this. When walking in nature, or exercising, I experience a level of insight that has feels effortlessness. In psychology, this is known as incubation — a period of time where problems are being processed unconsciously, and not actively worked on.

It’s not exclusive to philosophers walking in nature, either. Many great thinkers, from artists, to writers, to scientists, experience the overlap of ideas and experience. The scent of a food market might transport a writer to a scene for their new novel. An apple falling from a tree might spark a eureka moment around the nature of physics. In these instances, daydreaming is essential to creative insight; you could argue it’s an optimal behavior.

Carl Jung, arguably one of mankind’s visionaries when it comes to the unconscious and dreams, saw daydreams in a particular light. For him, daydreams present contents of the unconscious during waking life. Jung didn’t believe in chance (he coined the term synchronicity, after all) but instead felt that the contents had a purpose, or a message, about a deeper psychological process. As a result, when daydreaming becomes excessive, it signals that there are unconscious processes being ignored or repressed.

As the name implies, daydreaming is an extension of dreaming. Jung saw dreams as forms of communication from the unconscious mind, not just randomly pieced together memories from life experience, but its own form of intelligence, guiding you to growth and movement towards wholeness. Usually, these messages stay within their boundaries of sleep, but when the messages are ignored for long enough, they spill over into the day.

RELATED: Overconfidence: What Does It Mean – And Why Is It So Dangerous?

In Man and His Symbols, Jung writes that “daydreams arise just because they connect a man with his complexes; at the same time they threaten the concentration and continuity of his consciousness.” He sees excessive daydreaming as a need for deeper inner work due to a loss of inner balance and regulation, often because part of the psyche has been pushed into the shadows.

In psychology this excess, maladaptive daydreaming, “entails excessive immersion and engagement in complex fantasy worlds, causing distress and impairing functioning.” The daydreaming of Newton or Einstein or Mozart isn’t impairing functioning or causing distress, but leading to deeper fulfillment and connection to purpose. There are degrees of absorption in fantasy. Maladaptive daydreaming becomes an issue when it takes attention from reality on a regular basis.

Maladaptive daydreaming has been linked to a wide range of mental health disorders, including psychosis, schizophrenia, ADHD, OCD, and various dissociative disorders, which are often linked with childhood trauma, and the desire to escape a painful experience in the physical world.

RELATED: The Socratic Method: What It Is and How to Use It in Your Everyday Life

Due to its relationship to attention, a study from March this year attempted to find correlations between maladaptive daydream and attention deficit hyperactivity disorder (ADHD). They discovered that only 20 percent of participants with ADHD met the criteria for maladaptive daydreaming, calling on the need for a distinction between the two, and additional research.

It’s important to note that everyone daydreams, it’s healthy. Some studies estimate that most people daydream between 20 to 50 percent of the time. However, maladaptive daydreams venture into the realm of delusion and hallucination, both of which are “waking dreams.” What makes daydreaming distinct from disorders such as psychosis and schizophrenia is that the person understands the boundary between the dream and reality.

Dreams serve a purpose. Dismissing them as useless fantasy runs the risk of shutting down an essential form of communication with the unconscious, and the soul. I’m sure many people who daydream a lot, including myself, were told as children to snap out of it or pay attention when drifting off a little. But studies show the ability for the mind to wander often has lots of great benefits. How then, do you integrate the dreamworld?

For a lot of people, excessive daydreams can be scary, or unwanted, and as a result they might be resisted. A metaphysical law of the inner world is that what you resist, persists. In fact, using Jung’s model, if the unconscious has a message that is consistently ignored, it will only get louder and louder until it has to be paid attention to. That means it’s best to pay attention to your daydreams, and what content they have to share. Get curious, journal about them, and don’t take them too literally — dreams are symbolic, and often rely on intuitive “decoding” to make sense of them.

Paying attention also means having awareness of how frequently you daydream, to what degree you disconnect from the present (are you fully spaced out, or mildly distracted for a few moments?), and whether it’s healthy, or potentially maladaptive. Do you daydream when in uncomfortable situations, when you’re bored, or when you feel particular emotions?

Mindfulness supports this exploration. It allows you to be with certain feelings or situations that usually lead to attempts to mentally escape. This isn’t bad in itself, sometimes thinking about something nice, or thinking creative thoughts, is a good use of time. But this approach allows you to see when daydreaming is used as a coping mechanism.

Daydreaming is incredibly common, but that doesn’t mean the normal level is the healthy level. Awareness and mindfulness also allow us to be more present and aware of when we are taken away by streams of consciousness when we’d rather not be. Equally, by practicing mindfulness and meditation, you become more aware of the degree to which your thoughts and fantasies overlap with the external world.

RELATED: What Is Emotional Blackmail? How to Spot It and How to Handle It

All of us, to some degree, are responding to parts of ourselves when we interact with the world. The challenge is to be aware of when that happens and to know when your thoughts or fantasies are benefiting a situation, or not. Ask yourself whether your beliefs, thinking patterns, or unprocessed emotions are interfering, and how. Get to grips with the basics of psychological projection. Set boundaries between waking dreams and the external world.

3. Get to know adaptive vs. maladaptive daydreams

Attention and discernment lead to an understanding of the role daydreams play in your life. That includes the content of daydreams, the way they appear, how they affect your concentration, and how deliberate they are. Piecing all of this together, you can create your own daydream inventory where you decipher what role daydreaming can play in your self-development. It’s likely, if you have an active imagination, you’ll occasionally experience the full spectrum, from awe-inspiring wisdom during a walk, to a lack of focus when talking with a loved one.

Get clear on what you’d like to change. Do you need to set aside time to pay attention to the content surfacing? If you’re often caught in creative thoughts, how can you create stronger boundaries, so it doesn’t interfere with time spent with other people, or on tasks requiring your focus? You could view daydreaming like a pet that needs to be disciplined but still needs to be walked, to be fed, and have its other needs met.

Integrating the dreamworld takes a mixture of curiosity, acceptance, discipline, and application. Over time, though, you can develop the skill of daydreaming, put the fantasy land in its rightful place, and turn the treasures of the imagination into a powerful ally in living a wholesome, resourceful, creative life.

This article was originally published by Goalcast.com. Read the original article here.

Woman Finds $36,000 Hidden in Free Craigslist Couch – What She Does With the Money Is Surprising
David and Goliath (Official Lyric Video) Fearless Motivation
Amazon’s Alexa could soon mimic the voice of your dead loved ones
Bunk beds in economy airlines? That dream may become a reality for jet-setters soon
The Rock Walks His Cousin Into a House With Her Eyes Closed – What Happens Next Brings Her to Tears