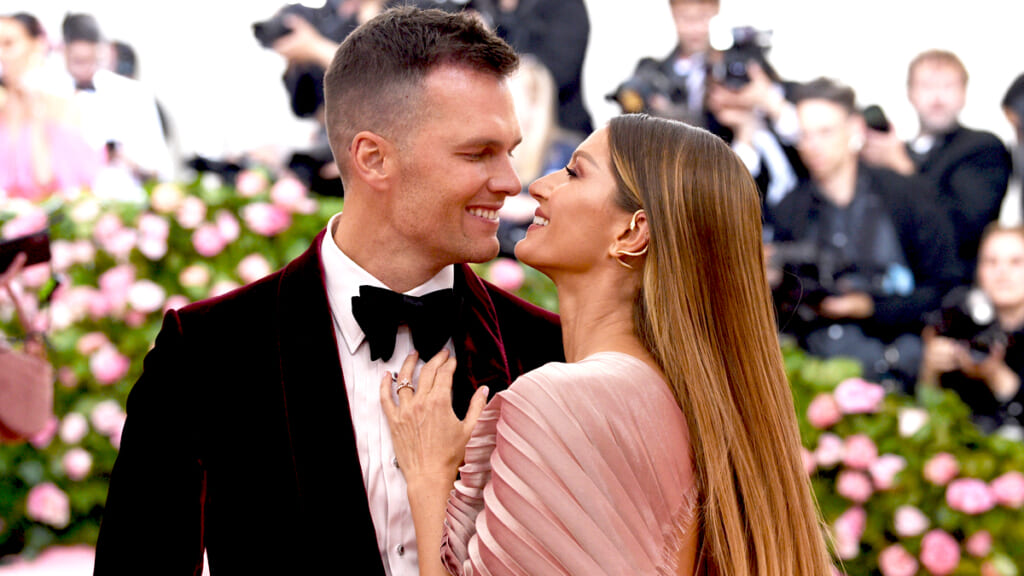 It’s safe to say Gisele Bündchen and Tom Brady are one of the most powerful celebrity couples in the world, and have been for years.

Attractive, talented, beloved, and legends in their respective industries, they can seemingly do no wrong. In fact, we’re told by the media to actively envy them and their relationship, which has been held up as a paragon of love and passion.

RELATED: Who Is Julia Roberts’ Husband and Why Is Their Marriage Considered Complicated?

However, as confident and capable as they may seem, they’re not perfect; not perfect as individuals and not perfect as husband and wife. For all the glitz and glamor that surrounds their status as an “It Couple,” Gisele and Tom Brady have been through the wringer. They have faced internal conflict and external pressure, self-doubt and public scrutiny, anger and sadness — such is the dichotomy of marriage in the public eye.

In a recent interview for British Vogue, Gisele delves into why her 15 year relationship with Tom Brady works as well as it does and the changes they’ve had to make as a couple to sustain their family. Her story doesn’t only break down the nuances of childcare and parenting, it also unearths a different side to the NFL quarterback.

Gisele Reveals Why She “Takes the Reins” from Tom Brady

The former supermodel shed light on how she and Tom co-parent their children, daughter Vivian Lake and son Benjamin Rein, as well as Tom’s son, Jack Edward, who is from a previous romance with actress Bridget Moynahan.

They share a large blended unit, and as such, everyone needs to work together to achieve the best outcomes for the group. In Gisele’s case, since she retired from full-time modeling, she’s been focusing on managing the household, which is no small feat when there are three kids of different ages to raise at the same time.

RELATED: Hugh Jackman and His Wife’s Secret to a 26-Year Marriage – Despite One “Big” Issue

How does Tom Brady help? Well, as she puts it, he lets her “take the reins.” When it comes to the nitty-gritty of their daily routines, he paves the way for her to take control and oversee the decision-making process. This doesn’t necessarily mean he isn’t an involved dad, but that he trusts her enough to do what’s best for their brood, even if he might personally disagree.

Though their arrangement does reinforce traditional male-female dynamics as it pertains to the domestic sphere, it also reveals a new side to Tom Brady: one in which he’s not the pivotal influencer, one where he leans back and enables someone to flourish.

His focus is on his career, mine is mostly on the kids. And I’m very grateful that he lets me take the reins when it comes to our family. He trusts my decisions.

Brady has been the MVP in every single team he’s been part of; therefore, we must acknowledge the patience and faith it requires for him to trust Gisele to take ownership of how the children are brought up. At the same time, it must be said that not nearly enough men take an active role in taking care of the private realm.

They are still conditioned to be the breadwinners who have no business dealing with school pick-ups, laundry cycles, or dance lessons. They either bring home the bacon, or they show up for playtimes; the day-to-day, typically, doesn’t concern them.

Gisele Shares How She Is “In Sync” with Husband Tom Brady

Of course, it could be a different story for Tom Brady. The Boston native has always been firm on where he stands as a father, and as he’s gotten older, he’s spending more time reflecting on his ability and quality as a dad.

Earlier in January, as his team, the Tampa Bay Buccaneers, lost to the Los Angeles Rams in the NFC playoffs, Brady opened up about his retirement plan and how he wants to involve his rapidly-growing family. “It’s not always what I want. It’s what we want as a family. And, you know, I’m gonna spend a lot of time with them and then figure out in the future what’s next,” he said on the SiriusXM podcast Let’s Go! With Tom Brady, Larry Fitzgerald, and Jim Gray.

I don’t think relationships just happen; it’s never the fairy tale people want to believe it is. It takes work to be really in sync with someone, especially after you have kids.

It’s not lost on the 44-year-old that his children do come first and that he could afford to pump the brakes on his career to direct his energies toward them, given he’s accomplished everything one possibly could in his sport. Still, if the current system works well for him and Gisele, that’s the only thing that matters.

Gisele, for her part, mentioned an example in which she fought Tom to get her way. “I remember, in the beginning, he wasn’t into the idea of home birth. He was like, ‘You’re not going to do that, because you’re going to die,’” she told the mag. Then, she proceeded to share several videos of home birthing, convincing him to let go. “I made it clear that this is my body and I’m going to decide how I give birth,” she added.

RELATED: How Leonardo DiCaprio Made Kate Winslet Cry – And Why It’s So Important

It’s not the only choice she made for her young ones’ well-being. When Tom decided to extend his stay in Tampa, she decided to set up a homeschool for the kids, knowing that it was no point in forcing them to acclimate to yet another school when their dad’s job was so transitory.

Gisele is proud of the flow they’ve been able to establish when it comes to the upbringing and socialization of their children. Their partnership is “complementary,” she says, in that each person plays a vital part and has to be aligned with the other’s methodology.

Gisele’s secret to what makes their 15-year partnership work is a powerful lesson in the concept of divide and conquer.

No one parent is going to be able to master every facet of the job, which is why it’s okay to lean on your strengths and make up for your weaknesses with tons of effort and energy. If you’re lucky enough to have people helping you out, learn from them, and don’t feel bad about not being able to tend to everything.

Compromises are part of the package; as long as you genuinely value your family and are willing to step up to the plate to ensure their wellbeing, there is no such thing as a bad choice.

A New Study Just Revealed a Brand New Brain Booster – And It’s Absolutely Free
It’s Okay to Have No Purpose Beyond Being and Enjoying This Moment
Take Your Power Back: 15 Things You Don’t Have to Do Anymore
Man Notices Grandmother Raising 4 Children Alone Lives in Poor Conditions – So, He Decides to Trick Her
How High-Performance Organizations Find Talent from Alternative Sources (i4cp login required)